Your continued usage of this site suggests that you are willing for it to set, use and store cookies. I accept

Boosting Resilience in your Teams – including equality and neurodiversity 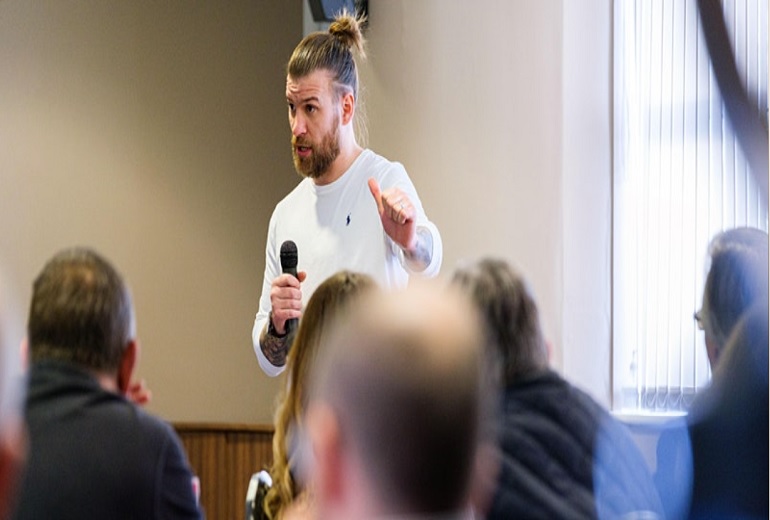 Join us in Humber Business Week for an Employment Workshop over lunch lead by leading resilience coach Josh Connolly where you will learn a new definition of resilience both in the workplace and in the wider context of normal life. We will also talk about the impact of hidden disabilities with a focus on Neurodiversity and provide guidance in respect of equality and adjustments.

The demands of life and work have never been greater. Stress can result in absenteeism, burn out and staff turnover.

A recent survey by MIND highlights that

In the workshop Josh will get you to examine what is resilience and provide you with an actionable mental health framework that embeds employee well-being into company culture and destigmatises mental health. This in turn can empower teams to discover their inner resilience, enabling them to become self-aware, connected and effective. As part of the workshop Josh will share his own personal story which involves a journey of self discovery after his own struggles with depression, addiction and a subsequent breakdown in his 20’s. Josh’s story is inspiring as he shows first hand how change is possible.

Ed Jenneson will discuss the impact that sickness absence can have on an organisation and steps that employers can take to mitigate against potential discrimination claims. He will also assess the importance of following a careful absence management plan and how to deal with an employee who is unfit to work due to a mental impairment which is often referred to as a ‘hidden’ disability.

Josh Connolly – As one of the UK’s most influential mental health advocates he regularly speaks on BBC, ITV & Channel 5 news. Josh has also spoken in the House of Commons, contributed to mental health policy and even advised the scriptwriting team on Hollyoaks. He has run resilience workshops for village schools and global brands alike. Additionally, he is an ambassador for Nacoa – a national charity supporting people affected by a parent’s drinking.

Ed Jenneson – Ed is the head of the Rollits’ employment team. He has 20 years experience and has been recognised as a leader in the field of employment law for the last 10 years. Ed leads a team of employment lawyers which features in the top tier of both legal publications and includes two other partners. Ed deals with all aspects of employment law with a particular focus on the Equality Act 2010, in particular sexual harassment and disability discrimination.

There are 1 upcoming dates for this event.

Dept for Exiting the EU News